Lasting Rose » Home » USA » Six Reasons Why Barack Obama Could Be Another Three Term POTUS In the Making.

Six Reasons Why Barack Obama Could Be Another Three Term POTUS In the Making. 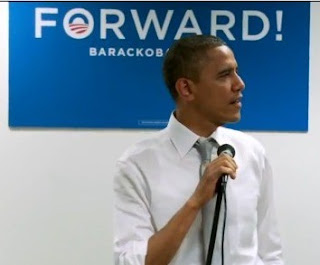 For those who believe in celestial interventions in affairs on the earth, there were indications of the re election of President Barack Obama and even a third term in office. But for mundane observers, a look at the events to the run up of the presidential election, its conduct and the post election realities raise the question whether Barack Obama will be the next three term president of the U.S. In fact most of the issuesObama is likely to address might need well over a decade to solve and for a determined President too difficult to give up before he achieve.


By achieving the impossible and winning the re election, Barack Obama has grown taller in stature virtually dwarfing almost everyone else, not just in the U.S. but on the world scene.
First, let's remember what Obama did in the first term: he passed the most substantial new element in the American safety net in generations, Obamacare. He helped pass a massive re-regulation of the financial sector, the Dodd-Frank bill. He passed the biggest stimulus package in our history, which I believe--Ezra Klein convinced me of this--prevented the worst economic depression in four generations. He did these things in the first two years, of course, when Democrats controlled Congress, but he did them. They were not chopped liver, whether or not you liked them. Q&As, Washington Post

However, everyone tends to forget the enormity of the unprecedented Post Lehman gloom and doom and impending recession Barack Obama was send out to put right. What is not clear, at least to the rest of the world not familiar with the U.S. politics is the equally massive obstruction he faced from a republican majority in the House.
Add to all of those the spectacular annihilation of the number one enemy of the U.S.A he promised and carried out, matching the incredulity of the 9/11 attack on the nation which has raised the credibility and image of the US and its President as a force not to be taken lightly.
In short the stature of the President has grown beyond that of any of the potential contenders for a long time to come. If President Obama decides to contest a third term, for which he may have plenty of reasons, there won't be many happy contenders.

Unique Bond of a Leader With His Social Web.


The truth is without the social web and its immense and electrifying power the mystery of Obama would never have happened. At least in such a short time. This special bond which shaped before the 2008 election, which owes to his youth and awareness of the potential of the social media to take his message to a young and savvy supporters will be stronger and forceful in imposing an obligation on himself to pursue the reforms and changing of the United States which he had undertaken but not quite finished. This is indeed the bond which has rendered Obama as the only a Super PAC slaying democrat. In fact, there is no leader in either party who can claim anything similar to this phenomenon which will end if Obama decides not to run for a third term. It is hard to see how the democrats will let that happen.

The Fiscal Deficit.
During the Democratic convention Bill Clinton asserted that one term is too short to remedy the fiscal damage created by the previous administration. But he didn't say two terms are sufficient. Even the president estimates a minimum of a decade, that too if he can get on with it unhindered. As it is, with a majority in the house, it is questionable how much he can achieve. But if the electorate can see reason and buy the president's argument to grant him a second term, they are very likely to go with him for a third if the going is good.

Will Hilary? Won't Hilary?
The big question for the next election is who the Democratic Party candidate is going to be. It is said that Hilary Clinton will be the first choice if she will contest. But if she is ready for it, she couldn't have stayed away from the campaign as she did, leaving Bill Clinton to let everyone second guess. If anything, Hilary has sent out the impression of an overworked diplomat who needs some rest and certainly not the sign of some one hungry for the power of the First Woman President of the U.S.A and ready to go for it. Hilary must know that at the age of seventy, putting up your feet is a lot more comfortable than the gruelling chair in the oval office.


The demographic which gave the most support to the Republicans yesterday was elderly white people--not exactly the men and women of tomorrow. The age-group that gave Obama the most support was the young. White people supported Romney more than Obama; the country is becoming steadily less white. African-Americans, Latinos and Asian Americans overwhelmingly supported Obama. Latinos and Asian Americans are the fastest-growing categories of our population.Q&As, Washington Post

Much has been written about the demographic shift in the US electorate which has turned in favour of Obama on account of his policies and the indifference of the GOP. This shift which will widen in the next election will be another compulsion for a obliging and liberal president not to give up too soon.


If only it was actually 4 years - 2 years is more like it. With so many people making a living talking and writing about politics, we'll be starting the next election cycle in 2 years, max.Q&As, Washington Post

The impact of the social media, social web, and a huge number of people who have taken election related professions which consumed 2 Billion dollars in the recent election, the election cycle has been reduced to a perennial activity for analysts, strategists and others who predict the outcome. In a way, the next election cycle has already begun and an incumbent president becomes part of the cycle. President Obama has to weigh in if his next term will be enough, especially with the republican majority in the house and obvious absence of an able successor, to achieve his goals. Chances are he will see the need for a third term much like President Franklin Roosevelt before him.

For those willing to ponder, there could be any number of subtle signs of a prolonged Presidency of Barack Obama one can't ignore. After all it is not as hard as searching for a needle in the hay stack.