Does Vedic Astrology Solve the Question on the Birth of President Barack Obama? 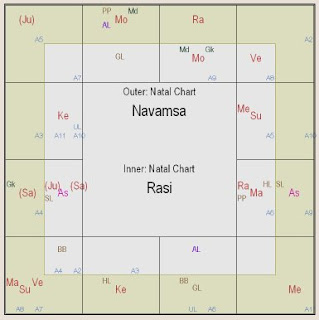 When faced with real issues in life astrology is only the last resort to many people. Yet for millions around the world, it is what gives hope and support to carry on from day to day. Astrology doesn't stand on firm grounds when questioned based on logic and hard scientific principles, but thanks to modern computing software, subjectivity of astrology pundits at least is removed.

It is quite easy for anyone to be an astrologer these days. All you need to do is to download and install a free piece ofsoftware written by Narasimha Rao, an ex software engineer from PictureTel Corporation and feed some basic information like a place, date and time of birth of a person in to it. If you have some basic understanding of the tenants of Vedic Astrology, it could really add to the fun.

So pondering on the question of the birth of Barack Obama, which has been a matter of controversy in the past and which is recently resurrected, it was intriguing to see what the software will produce. The personal details of celebrities were always difficult to obtain, but thanks to the controversy, the long form birth certificate President Obama was published and is available on the US President's website for anyone interested. According to this document also available here he was born in Honolulu on the 4th of august 1961 at 7.24 PM., which is the basic data used to give it a whirl for the fun of it.
A lot of what the software output is really for the expert astrologer but there is also some plain English which states the qualities and positions in life the person will achieve.


Now Barack Obama might have been born or not as stated in the certificate, but the results certainly reveal a lucky individual with some qualities worthy of a president of the United States.

For a discerning believer in vedic astrology, there are also some important and obvious indications in his birth chart like the excellent positions of the planets, enough to explain why he has become the first Black President of the US or why he succeeded in bringing justice to the victims of a great US tragedy.
Obviously for those clamouring about his worthiness to be a US president, despite being born and delivered to a white female citizen of the United States of America, this is no answer, but for lovers of astrology, there is enough evidence.


Article first published as Does Vedic Astrology Solve the Question of the Birth of President Barack Obama? on Technorati.