Lasting Rose » Home » Vinepeek » Addicted to Facebook? There is Hope. Now You Can Get Addicted to Vine with Vinepeek!

Addicted to Facebook? There is Hope. Now You Can Get Addicted to Vine with Vinepeek!


Vinepeek has the potential and power to replace Facebook and Twitter in your life. For that very reason, no one can say how long it will last. However before you read this further, you must be aware that Vinepeek brings to you people's lives in uncensored, raw, six seconds shots. If you don't want to watch what people do in real life and share with others, better not take a peek at Vinepeek.

Simply put, Vinepeek is a website with a small window which continuously shows a stream of 6 seconds long micro Blogging videos embedded by people in their tweets by a video sharing feature called Vine, recently introduced by TWITTER. 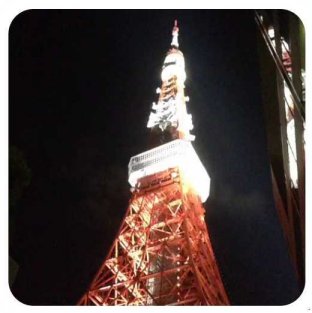 Vine, which is a video sharing service of TWITTER, needs software currently available only on Apple's products like iphone, ipod and ipad, for you to embed your 6 second videos in your tweets. Once embedded and tweeted, the clip which has its URL can be clicked by anyone who can see your tweet, to watch your video which loops continuously, in a little window.

According to Twitter vice president of product Michael Sippey, like Tweets, the brevity of videos on Vine inspires creativity. Dom Hofmann, co-founder of Vine, said the Vine embeddings are little windows into the people, settings, ideas and objects that make up your life.

In fact Vinepeek is actually more ingenuity than technology, As a matter of fact you can easily get a widget from TWITTER to pull up the stream with tweets with Vine videos. But with the power of Vine and the enormous popularity of TWITTER, sites like Vinepeek can take millions of users of the social web to a new phase and level of addictive dependence. Here is why:

In real life, if you are depressed, dejected or hopeless about your life, you head to your local pub where you can meet up with your pals and share your life with them. In reality, that is the reason most people get hooked to Facebook and Twitter where they can meet up with their real friends and hundreds of others who they have never met, with the convenience of a desktop or handheld device. However they still need to read, type or do some work to take in the updates of their buddies or watch the stream on the wall, not entirely conducive with the mindset. Vinepeek practically removes that element of unpleasant work by having to do nothing but watching to get the same level of enjoyment.

In fact the constantly changing and unpredictable short videos on the by Vine stream, with amazing visual and sound quality, are like info graphics on steroids. You are taken in to a never ending whirl wind of time, space, and motion full of life, engaging your mind as never before, offering an experience entirely deserving to be called a new form of entertainment. It is always there, you feel like taking it in, you watch it. You don't, you simply ignore it and carry on with whatever you are doing. There is always the next one. In fact Vinepeek actually brings the Social Web to life!

Vinepeek in fact even makes the raison de etre of sites like Tech crunch, Mashable and a lot of others where we constantly check for "NEW" things a little bit questionable, bringing a series of objects and ideas we have never heard of or imagined, quenching our thirst for "novote" in life.

The exponential power of the video compared to the rest of the media in the development of human communication and understanding of life around us has not been fully understood. Vinepeek in fact brings a new dimension to this quest by pumping up an unusually high volume of imagery, sound and emotions to our brains, consciously and unconsciously in the shortest time. This alone can explain the enormous addictive power of Vinepeek. In time there can be hundreds of valid reasons to support sites like Vinepeek.

It is quite normal that initial glitches can be deterring. It looks like Apple has temporarily taken the Vine software from their store. Weather Twitter will continue with the development of Vine or not, utilities like Vinepeek are sure to pop up as any one who has enjoyed it even for a few hours will now find anything else unsatisfactory. For now My Facebook window is closed and the little Vinepeek is open in a corner of my second screen.