Lasting Rose » Home » the dish » Is Andrew Sullivan's Way the Only Way for Bloggers Who Want to Make Real Money?

Is Andrew Sullivan's Way the Only Way for Bloggers Who Want to Make Real Money?

Amidst a raging debate, stemming from a recent PEW report on the state of News Media, whether it is theGolden Age of journalism or it is barely breathing its last, the journalistic world is keenly watching Andrew Sullivan's recent 'pay wall' experiment with his famous blog, 'The Dish'.

Though the unfulfilled expectations in advertising revenues of main stream digital news media is widely perceived as the motivation for this venture, the Blogoshphere, at large, is not holding breath, thanks to the respect bloggers are gaining as influencers in brand promotion. 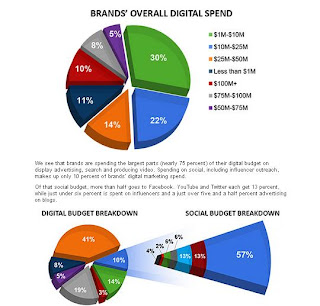 Contrary to the gloom and doom perception among News bloggers, a Technorati report on digital influence in 2013 place Bloggers as an influential tribe on the up, whose real value is not grasped by those who splurge massive budgets on brand promotions.

Though blogs and influencers don't get a large portion of brands' digital spend, they rank high with consumers for trust, popularity and influence. When making overall purchase decisions, for consumers, blogs trail only behind retail and brand sites.


In fact, like the state of the media, there is much overlapping here thought he Technorati report doesn't seem to draw any distinction.

However, there is much convergence in the findings of the two reports as to the diversion of digital advertising resources from digital news media to other the digital media including blogs, with display ads, video and search claiming bulk of the spending.

Though the Technorati report further identify the preference for mobile, social and video, where the buck gets the maximum bang, as the preferred technologies, Blogging has a 30% share, only behind Facebook, twitter and Youtube.

Clearly there is huge distinction between Blogging in journalism like that of Andrew Sullivan's, which influence politics, at least in the developed world, and hugely contributes to focus on issues and change the shape of the world and Blogging as a channel to stream world's accumulated expertise for the benefit of consumers, which seem to benefit from the current trend.

In reality, with the sticky amalgam, which the TV, Print and Digital media as well as the social web tend to become, bloggers as a tribe, to remain to remain influential, may find it necessary to go behind a pay wall to win back credibility, the fundamental virtue in journalism, something money can't buy.

In fair criticism of the erosion of professionalism and standards which over a period of time will only destroy the trust, much like the paper advertisement lost its mettle decades ago for the same reasons, Bob Garfield of the Guardian rightly states:

All of that fantastic content Yglesias was gushing about is paid for by venture capitalists making bad bets, established media companies digging into their savings accounts to pay the bills, displaced workers earning peanuts, amateurs, semi-pros, volunteers and monks.
Then, there's e-payola: pay-per-post, pay-per-tweet, pay-per-review - and their cousin, affiliate advertising, which gives bloggers and tweeters incentive to steer readers toward transaction. In broadcast TV, there's the serial incest between the news divisions and entertainment divisions, and on local TV, video news releases camouflaged as reportage.
Yet, none of these gimmicks is on the way out. Au contraire, they're all growing. Which is terrifying, for what they all have in common is that, to one degree or another, they compromise editorial integrity. Readers and viewers have no way of knowing that they are being marketed to, or that the content is inherently untrustworthy.


If anything, the social web, which in the case of Facebook which has grown over one billion members only accelerate this pernicious erosion of integrity.

For example, information put on the web can go viral irrespective of its factual nature merely by human and emotional reaction, very often producing unjustified results. This is further complicated by the level of education and evolution of the society.

However, over a long term the trust deficit from this onslaught volume over quality will be compensated by economic reasons, much like the manufacturing industry is slowly returning from China.

The demand for quality and veracity will inevitably grow due to scarcity and bloggers will be no exception to this trend. This of course implies that not only News Bloggers like Andrew Sullivan but anyone who wants to keep high standards and quality will have to start expecting to be paid for it in some manner.