Why is the thirty year return of Saturn sinister for some? 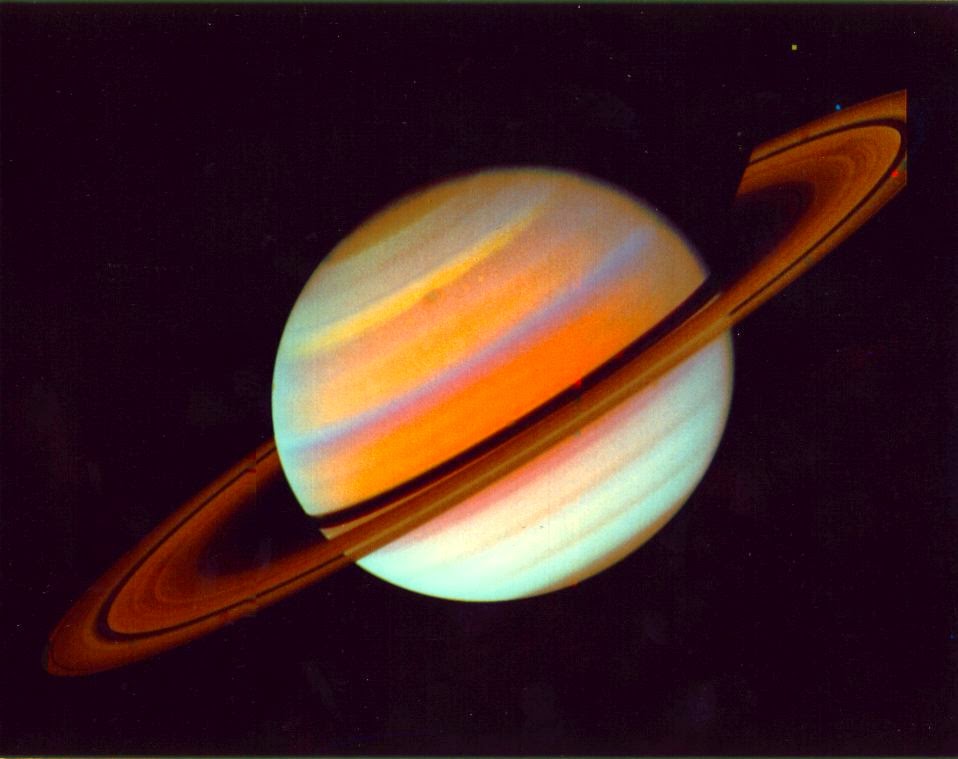 Saturn, the Vedic astrology says, is a planet which makes human beings pay up for their past and present Karma before they die. Keralite astrologers even believe that those who die on a Saturday would have attained the end of the rebirth cycle, which the Hindus believe is the route God has prescribed for living beings to attain salvation and eternal peace.

Does the cyclical return of Saturn after thirty years to its original position spell doom and gloom for at least some people? Is that why exactly thirty years after her tragic assassination, India’s Prime Minister Indira Gandhi is mercilessly being assassinated again?

Isn't the attempt of the current Prime Minister Narendra Modi to wipe out her name and her ultimate scarifies for India, exactly on the thirtieth anniversary of her assassination, nothing less than another assassination of her, thirty years after her death?

While he could have chosen another day for that, he chose the thirtieth anniversary of her tragic death for inflicting the political blow. Is it due to celestial compulsions?

Narendra Modi called the anti Sikh riots of Delhi, which ensued the cold blooded murder of Indira Gandhi to avenge her courage to put down the Sikh separatist who wanted to divide India, as the deepest strike of a knife on India’s unity.

His words are perhaps a deeper cut on the greatness of Indira Gandhi than those inflicted by hundreds of bullets shot by her own sikh body guards, which killed her.

It may be  a mere coincidence that Indira was assassinated on the birth day of Sardar Patel, but that the BJP and its leader had to wait thirty years to unashamedly raise the greatness of Sardar Patel, who died as a lifelong Congressman who really banned their party must have something to do with the celestial movements.

The question is why didn’t that happen earlier or later? Has it got something to do with Saturn, which is assumed to change its position in the coming days?

One can argue that astrology  doesn’t apply to dead souls. But Vedic astrology indeed concedes that a human life span could be as long as 120 years. If Indira Gandhi somehow survived the attempt on her life thirty years back and were alive today,  Narendra Modi will still try to obliterate her politically by whatever he can shout to the crowds, It is not difficult for even a school child to see that the state election for Punjab, in which BJP will contest alone is not that far away.

Thankfully, Vedic astrology doesn’t judge the Karma of human beings in isolation from the rest who will share the good and bad of yours. It weights and blends yours with those of your spouse, children, parents, close relations, dependants and friends.

For Rahul Gandhi at least, whose Grant Mother was assassinated when Saturn occupied its loftiest position with Burning Sun in company, in the house of Libra, thirty years back, the very same planets have occupied Libra again to witness the second assassination of his Grant Mother.

In fact Saturn was there for the past two years which has seen the worst spell of fortune for the whole family. Undoubtedly periods Saturn’s loftiest state is the worst time for the Gandhi family, judging from the events in thirty years and the tragedies and political losses.

Even though Indira Gandhi died during the dasa of Saturn, a period in life where you may have the severest of set back and toils, Saturn’s wrath and graces were more or less balanced for her. However the thirty year cyclical movement certainly meant disaster to Indira Gandhi and her kith and kin every time it visited his position of high strength, the house of Libra.
Saturday, November 01, 2014
Posted by Unknown
0 Comments
Tag : #lrose, Indira Gandhi, Libra, Narendra Modi, Rahul Gandhi, Saturn, transit, vedic astrology

Do the Character and the Events in the Life of Narendra Modi Validate Vedic Astrology? 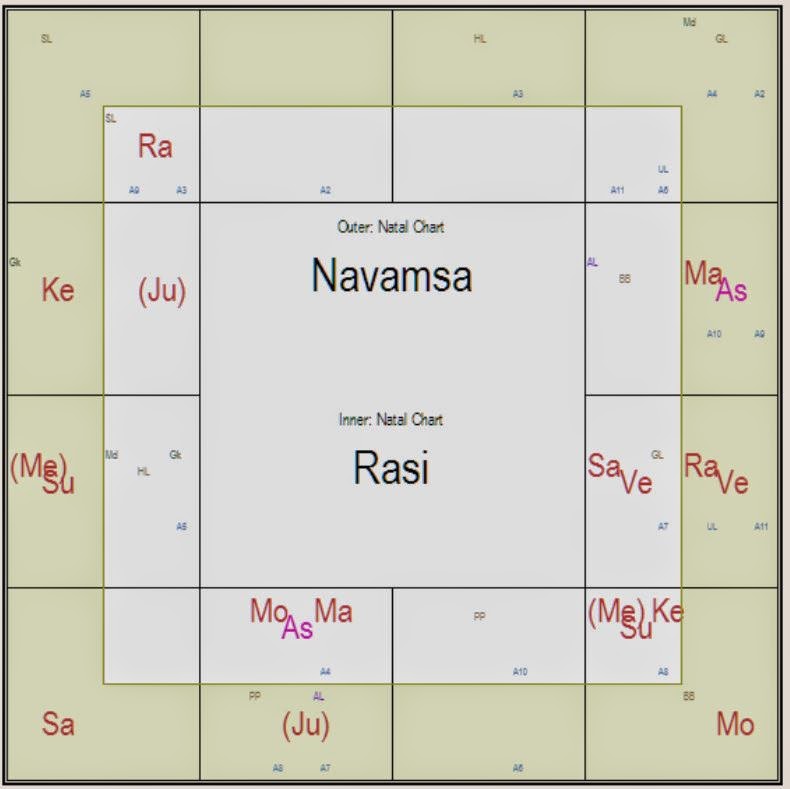 There is at least one head of a political party in India who demand that aspiring candidates for party seats during elections approach her with their Vedic horoscopes in hand. Only the ones with the best disposition of the stars and a winning streak are selected. This is a leader who believes that she herself is destined to become the Prime Minister of India.

Such is the trust in Vedic Astrology in the 21st century India  where the system is said to have originated and where even a mission to Mars is undertaken only after ensuring heavenly blessings.

It is likely that, despite opposition of different kinds and various degrees within his party, Narendra Modi, a Guajarati by birth and an outsider to the Hindi speaking heartland of the BJP, has really won the nomination based on his Vedic chart, which the BJP leaders rooted in Hindutwa must have realised is their best ticket for power in Delhi.

It is because, going by the principles of Vedic Astrology, once the esoteric knowledge of an elite group of seers, the Vedic Horoscope of Narendra Modi stand out as a certificate for its veracity and authenticity.

That is, assuming some party genius didn’t conceive and cast it to suit a Prime Ministerial candidate in the first place  and simply claimed that it belongs to Narendra Modi.

What do the Stars Foretell for Barack Obama?

Hey, this is the year of the US Presidential election, a time when the pundits are busy predicting the future for all of us. All sorts of political analysts and political pundits get busy predicting the results of the elections and the future of the candidates. With the evolution of the social web and technology, experts claim that there are much more scientific ways. The accuracy of many of those will surely be tested in this election to be held in under two months. 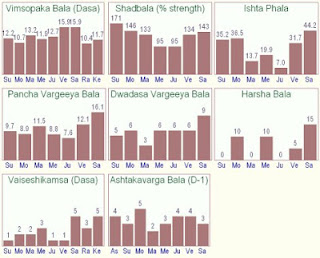 Then there are also traditional methods of fortune tellers one can dabble in, for a bit of private pleasure and excitement of your own. Barack Obama is running a tight race with his opponent Mitt Romney. The DNC has given his ratings a bump but the latest job data has taken some sheen. So what are the stars holding for him and the future of the United States of America?
Well, unbelievable it may be, President Obama is entering a phase of strongest support from his stars according to the Indian way of star gazing and judging one's future. It may even bestow a third term of Presidency and consequently a steady and prosperous period for the USA.
For Barack Obama, Saturn, according to the Indian calculations, offer maximum support during his life on the Earth. This is because Saturn is the "lord" of his ascendant "house" and bestows it with all strength, support and balance by also positioning in that house at the time of his birth. In fact Saturn gives him strength in at least four ways as per the Indian belief of stars being in control of your life and it's up and downs. Besides this Saturn bestows leadership and good fortune at least seven ways in conjunction with other planets. In fact Saturn is the planet with the highest strength among the entire lot, as per Vedic reckoning in eight ways.
So what is the guarantee that all these portend good times for Obama? Well if all of these have any bearing, it is the right time for them to manifest in his life. As per the Vedic principles, his life has just started a period of Saturn's influence, which should last for the next nineteen years. The logical conclusion is, how can a star, which is supposed to give him maximum support and benefits, take away position in life he has already achieved?
Let us say, for the sake of argument, all this is crap. But a look of the period of sixteen years in his life he just finished is quite compatible with what the Vedic astrology portended! Like Saturn, Jupiter also has strong influence in his life, occupying his ascendant house and bringing all round good fortune during his period. Obama's spectacular ascendancy in to influential position and relative affluence during the last decade, coincided with the period of influence of Jupiter, which he just finished in August, arguable but unbelievable as it can be!
Under the tenants of the Vedic astrology, Saturn is a Guru who removes arrogance, puts you through the real grind of life and bestows that vital balance and wisdom which makes your life meaningful. From the DNC speech of President Obama, it is clear that his most supportive planetary force is already flowing on to the persona of Barack Obama, preparing him for his next presidency.

"While I'm proud of what we've achieved together," Obama told the assembled in Charlotte, "I'm far more mindful of my own failings, knowing exactly what Lincoln meant when he said, 'I have been driven to my knees many times by the overwhelming conviction that I had no place else to go."


Perhaps, the unseen force is acting not just on the next president of the USA, but the world at large, with the breeze of the Arab Spring sweeping across the world, brining a whiff of a more equitable distribution of wealth and social justice, something the incumbents of the White House seem to be standing up for.
Article first published as What do the Stars Foretell for Barack Obama? on Technorati.