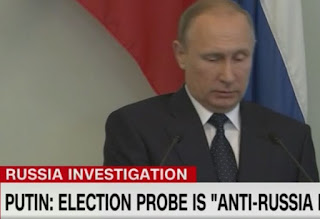 The US Senate has asked Facebook, Twitter and Google to release Russian ads which apparently interfered with the 2016 U S Presidential election.

Fake news is a major issue the social media is trying to cope with.

Paybookclub, a media start up thinks that the problem will not overshadow the next election as it has developed a system which can revolutionise the way News will be created and emanated, a system  which blocks out fake news and their creators  right at the source.

Paybookclub is a cloud based, AI driven, content procurement and distribution platform based on a social network on mobile phones.

A mobile App developed by this innovative platform generates content including news as it occurs and distributes it through thousands and even millions of content boxes placed on web sites and other forms of  social media.

To understand how Paybookclub will make a difference, one need to examine  how media is generated and distributed right now.

Editorial control which is  mostly human and expensive, exists only with established media and adds a significant time lag from generation to dissipation.

Almost everything placed on social media escapes scrutiny and binding ownership as all social media accounts are not tied to verified human beings.

Paybookclub, to start with, verifies each account and make sure that  it is traced to a mobile phone. As it is a member rewarding platform, each account is also tied to a banking system where accounts are traceable to individuals.

Such predefined and assigned ownership ties the content generated to the responsibility of the individual member. Fake content can be generated, but who will willingly  create it  if it has to be owned?

As for its emanation, in the current system it can be on the wire once it is filed by a reporting agency, reaching worldwide media outlets  instantly, who then disburse it to the various channels and audience they serve.
This process  inherently lack full editorial control and fake news and content can often creep in or  be intentionally injected, which happens more often than not.

Paybookclub will have an AI driven content verification system which will contextually analyse, evaluate and validate each piece of content uploaded by responsible owners, whose identity has been verified.

But more important is the human curation by thousands of members who scrutinise and vet and classify the content for its monetisation.

But the significant impact Paybookclub will have, is in the distribution. Through the content box strategically placed on millions of web pages,  content based on key words and other filtering system is placed right in front of an audience to whom it really matters, almost instantaneously as it is generated.

To know how the innovations of Paybookclub, which aspires to be the content market place of the world, will change the way the world will live with content, the simple Content Box is the starting place.

You can get one Free by placing this simple code on the HTML of your web page.
Thursday, October 05, 2017
Posted by Unknown
Tag : century, Election, facebook, fake, Google, Media, News, paybookclub, Presidential, Senate, travel, Twitter, Us 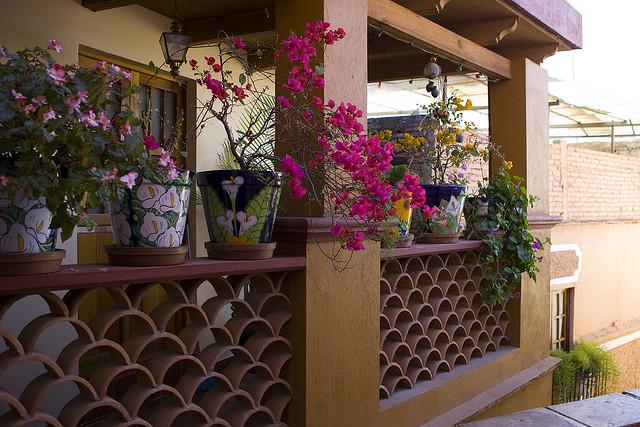 Once upon a time there two Mexican lovers, Carlos and Ana, who lived in a little town called Guanajuato. They were in love but were forbidden to see each other, as Ana was promised to an old, but rich gentleman. To see Ana, Carlos moved into the apartment across the tiny street where Ana’s balcony and his balcony were so close, they almost literally touched. At night they would reach over and steal kisses until Ana’s father discovered them. In rage, he stabbed his daughter with a knife, and Ana in her last moments crawled to the balcony to kiss Carlos one last time. The legend says, you must go with your beloved to the alley and kiss on the third step to ensure eternal love. Apart from the romance, the city is quite charming, famous for its colonial architecture.

A swim on top of the world in Singapore 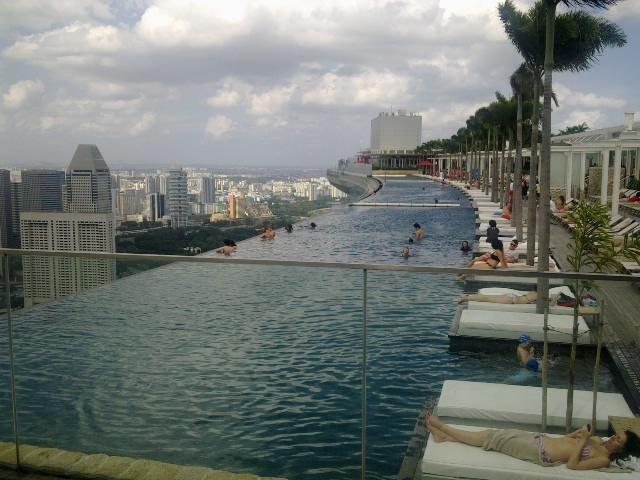 Your fear of heights is probably best left at home when it comes to this pool on top of Hotel Marina Bay Sands in Singapore. The pool is 200 meters above the ground, on the 57th floor, with a fabulous view over the vibrant city. As the edge of the pool unites with the sky, you should almost feel like you are in heaven surrounded by palm trees cocktails in the arms of your loved one. Perhaps not the cheapest, but definitely one of the most exotic getaways on top of one of the largest and most modern cosmopolitan cities in the world!


An Afternoon Tea of Class in London
Prêt-à-Portea

Enjoy a fashionable Tea at the Berkley Hotel with your beloved. Each season, Prêt-à-Portea is served with cake shaped as the seasons collections, for instance from Jason Wu, or Stella McCartney. The tea is served in with love (lately on Paul Smith plates) at the Caramel Room between 13:00 - 18:00 o’clock. Of course a little shopping trip in London would probably be a perfect activity to end with a tea party. Drink to thee, with thine eyes, in style! 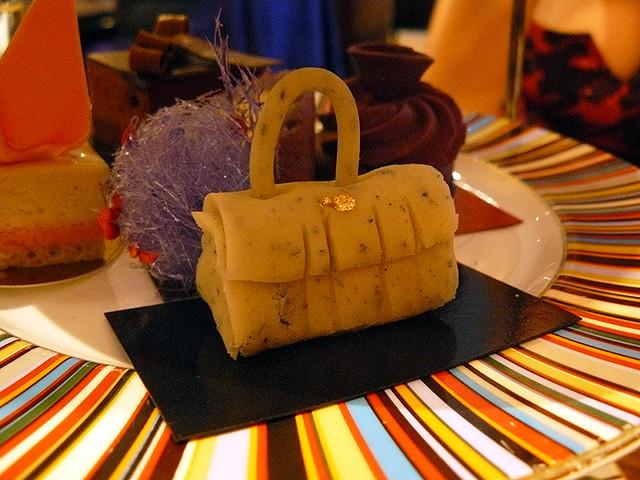 A Bite of Gourmet Goods in Oslo
Palace Grill

The Scandinavian Palace Grill does not exactly sound, or looks like a classy gourmet restaurant, but it is. This little humble but precious pearl serves delicacies of the highest class. There are drinks at the bar, and the wooden and slightly vintage style radiates a warmth perfect for couples. Although reservations are not possible as there is only space for 23 guests, this trendy restaurant is definitely a one of a kind and intimate experience to share with your better half. 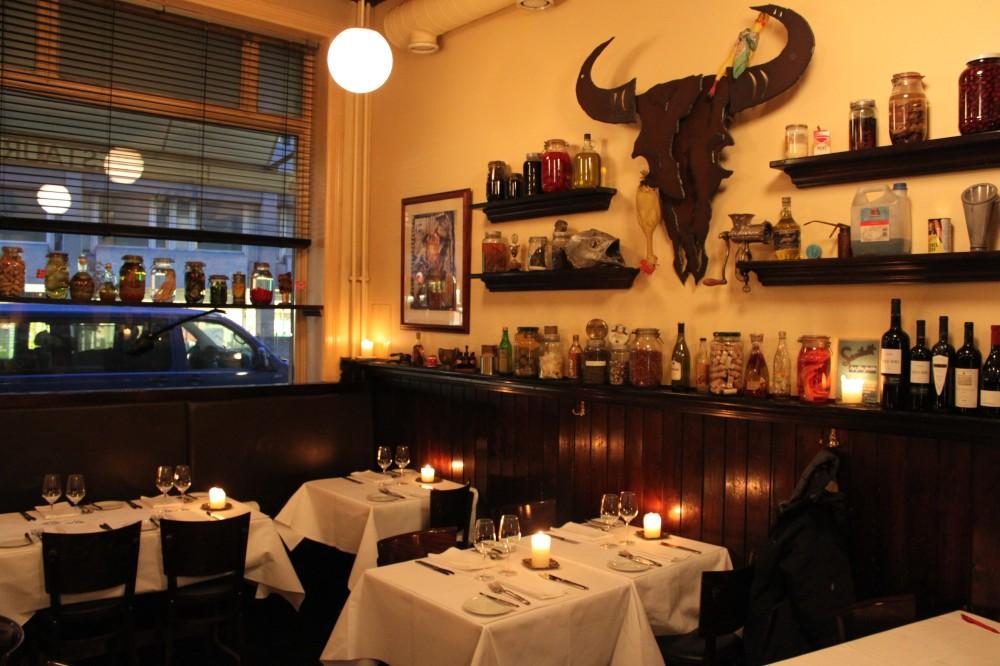 Bio: Xenia has a professional experience in the fashion industry and an interest in modern lifestyle and travel. Xenia has a background in Communication and Public Administration and she currently blogs about fashion and lifestyle at the Irish Passion For Fashion and UK Passion For Fashion blogs.
Monday, November 05, 2012
Posted by Unknown
Tag : #lrose, holidays, romance, Romantic, travel

A Disgusting and Macabre Chinese Journey. 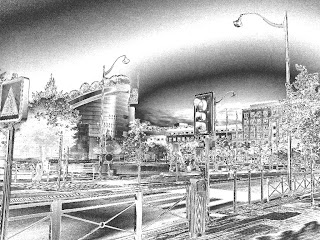 Do people blog about disgusting and macabre dreams? I don't know. Here is something to cheer you up! My next book titled "Merchant of Macabre Dreams" is ready for writing. All I need is someone with the heart of little Alice, ready to be awed and terrified, someone who can't get up alone in the night for a wee. Curious? Dial M for Macabre Dreams.

It is really huge and crowded. I am inside some sort of a rail terminal with huge rounded roof but all very dark inside, amidst milling crowd of being who resemblance humans. Don't know if I am coming or going. Where to? Where from? No idea. Well, perhaps not much to write home about a dream. After all Chinese rail stations must be really crowded like anywhere in the world.
This is intriguing. I must be in a star hotel, in a lobby with high ceiling, heavily ornate wooden panels all around, smartly dressed hotel staff busily busying around amidst huge plants, greenery and fountains. Nothing unusual except I have no idea about which one it was. I have never stayed in a Chinese hotel or been to China.
This is the disgusting part. I am searching for something frantically. Though I feel being in a room I can still see the hotel staff and greenery around me. I am pulling off empty draws one after the other for whatever I was searching. Now you won't believe this. Suddenly, I am reliving myself in one of the draws I just pulled out. I can't believe it either. My very own s*** in a clean white draw with some of the hotel staff around me looking at it. I can't think of or remember their expression. Some of the girls were definitely giggling.
This is where it gets really exciting! I am in a bath room, standing under a really lavish warm shower. I look up and realise that there is no shower head. In fact the shower is pouring across from bath room next to mine, over a frosted glass wall. Suddenly, I notice through the glass the outlines of what looked like a female human body, covered in lather. Wow! Am I not lucky for a bonus gift from the hotel?
Well, not exactly. Suddenly the shower recedes and the body reaches out for a towel and wipe to reveal, what was more likely a male figure. Not very exciting, at least for me!
This is the macabre bit. All I know is that I am running down a hill leaving the tall building of the hotel amidst a lot of others, from a silhouette which looked like a busy down town. I have jumped inside a waiting bus. Now I look for an empty seat. This is where it gets really horrible. All I can see are strange human bodies with huge disfigured faces with waves of massive yellow wrinkles. Quite frightening! I move from body to body trying to jump out of the bus, with no success. Frankly there was nothing Chinese about this nerve shacking experience.
Perhaps my dream has very scientific explanation. I don't know. May be some one can throw some light.
Friday, August 24, 2012
Posted by Unknown
Tag : #lrose, Chinese, disgusting, dreams, horror stories., journey, macabre, travel
Previous