Memories of an autumn day assassination 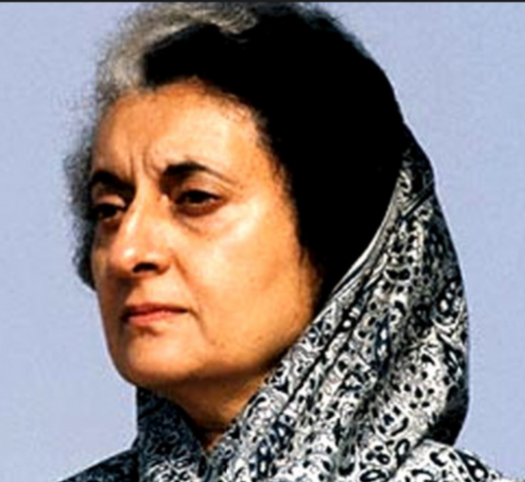 No summer's high, no warm July, no harvest moon to light one tender August night. No autumn breeze, no falling leaves, not even time for birds to fly to southern skies.

So wrote Stevie Wonder about an ordinary day he sang three ordinary words which meant almost everything to a generation. It was on such an ordinary autumn day that a woman who touched the hearts of a whole generation for her courage was felled by assassins.

It is exactly thirty years since that day dawned in the life of many people as an ordinary day and set like an extra ordinary day they could never forget.

For me, it was a train journey which started as boring as any in an Indian train but grew very frightening towards the end and ended with a very unusual and uncomfortable experience of having to be pulled home by another human being. That is what  stand out as the background of the events of that tragic day for me.

It was because, the train which departed early morning on that day had all but one stop and there was nothing called a mobile phone.  The news of an assassination at last trickled down towards the afternoon when the train pulled up at an unusual stop, waiting for clearance to proceed to the destination as massive disturbances started to occur all over India.

Not knowing what happened or if it was only a rumour, the immediate concern was getting home safe and the shock and the sinking feeling had to wait till watching the news being flashed on the TV screen of a neighbour.

Events that caused immense shock to the whole world has occurred before and after like the assassination of President Kennedy and the 9/11. Days everyone remembers what they were up to when they heard the news. The cold blooded murder of Indian Prime Minister Indira Gandhi however was unique and different.

Though President Kennedy was assassinated at the height of his popularity as bold leader of the cold war era, the world was only on the verge of media revolution and less connected for the news to dissipate. Time lapse perhaps diffused the shock though the angst and agony of the aftershock  of an entirely unexpected and bold assassination and the immediate events which followed undoubtedly shook the conscience of the free world. No doubt the assassination of the young president Kennedy  has left a indelible mark on everyone’s memory.

In contrast, Mrs Gandhi’s murder did not come as a surprise, at least to those who were aware of the Indian politics. But when it came, it came down like a ton of hot metal on India’s conscience and a world at large which couldn’t believe such a tragedy could strike India and the Gandhi name twice.

It didn’t go down to the bottom of every heart with the force of the bullets which ripped her body but as a deep strike of knife which pierced the deepest affection and admiration for a leader who willingly sacrificed herself for what was right for the integrity and unity of the nation.

Unlike President Kennedy Indira Gandhi was not at the height of her political career. Mrs Gandhi could have run away from it all.  She was warned. She knew it was coming.  She could have the protection she wanted to avoid it.

Yet she was a leader who somehow knew that it will not be her political legacy and achievement but her courage and valour as a woman which will be the most precious gift she could leave for the nation and the world, which will make them to hold her close to their heart.

The nation heard with apprehension and discomfort when she spoke on the eve of her death about her premonition but couldn’t fathom her courage of conviction about what she will be dying for till that actually happened.

Nobody knows how many attempts have been made to shoot me; lathis have been used to beat me. They have attacked me in every possible manner. I do not care whether I live or die. I have lived a long life and I am proud that I spent the whole of my life in the service of my people. I am only proud of this and nothing else. I shall continue to serve until my last breath and when I die, I can say, that every drop of my blood will invigorate India and strengthen it.

Indira Gandhi will be remembered not as woman who wanted to build a dynasty and leave it behind but as someone who spoke out those words loud and clear for the world to hear, fully aware of the approaching death before her.

Naturally, you need to have a feel of what women are made of to appreciate the greatness of Indira Gandhi.
Friday, October 31, 2014
Posted by Unknown
Tag : #lastingrose, assassination, Chennai Express, India, Indira Gandhi
Previous