Here is a relatively obscure snippet of news, which could have made the corporate honchos of the leading makers of DVR like TiVo, Motorola, RCA, Sony, Panasonic and Toshiba and cable companies like Time Warner, Comcast and Cox which offer TV packages that include a DVR, sit up and take note.

"Social TV," in which young viewers use cell phones to communicate with friends about shows they are currently watching, is reversing the trend to record shows on DVRs and watch them at some later time, according to a survey conducted in the U.K. by Digital Clarity. According to the study, 80 percent of users below the age of 25 communicate with their friends while watching TV, with 72 percent using Twitter, Facebook or other mobile applications. "Rather than social networks and television competing for attention it seems that young people are happy to embrace both and use one to enhance their enjoyment of the other," the study said. Digital Clarity founder Reggie James suggested that Social TV's actual victim has been the DVR.
"Social TV has changed this completely by turning programs into online events where you have to watch them as they happen," he said.


If the DVR marketing guys didn't take note, at least their dwindling sales projections should have given the first warnings of the changing trend. 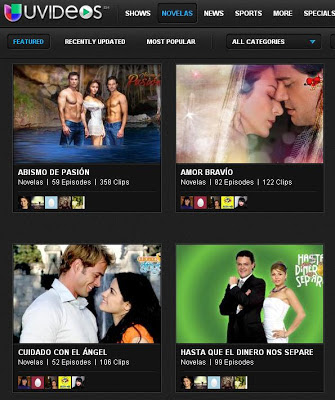 With groundbreaking stuff like Social DVR, anyone can have his cake and eat it too! You can have the fun of watching your telly with social web and the convenience of a DVR when you want it, when you are ready for it and not as dictated by a channel's pre-determined schedule.

Keeping all the exciting features of DVR like pause, fast-forward, add, skip, etc. in tact, the Social DVR, with its time-sync capability is a technology enhancement that brings you the convenience of the DVR with all the fun and excitement of the social web. If you were at work and missed that climax of your favorite serial or a clinching moment your favorite team missed a goal with your friends, as and when it happened, you can still enjoy the moment as if you were with your friends, with SocialDVR bringing you their live tweets, comments, etc. as it happened at that moment.

So how do such amazing features become a reality? For a start, the developers have already successfully implemented their social streaming solutions with integration and curation technology for various platforms like social TV, celebrity homepages and curated social hubs.

TV shows like Dallas and Falling Skies and interactive web presence of celebrities like Lady Gaga, Justin Bieber and a host of others, powered by this social streaming technology implemented by media groups like UMG, place this technology provider ahead of the pack.

The developers have simply added additional features like time sync and support of additional functions, so that you don't have to mess with a second remote control, to robust APIs which allow you to capture and curate real-time social web content and conversation from multiple social platforms

Good news for those who are always on the move is that the time-syncing feature and social DVR capabilities are available for live and on-demand videos of TV shows and video programming playbacks across all platforms, including mobile.

If you are excited and want to know when this technology will be available to you, the website of Univision, is powered by both Social Streams and Social DVR, is live from October 2012. The site has already registered millions of viewers and thousands of videos on demand.

Apart from delivering the fun of live media with live social media, the effect of this technology might be far reaching. For example, reactions to events like the tragic gang rape in New Delhi or the Sandy Hook school shooting could be wider and spread over days, with decisive impact on shaping public opinion as more people will be sharing the impact of events.

Least of all, the enormous effect on an industry which will otherwise be facing a downgrading due to a product no one wants any more cannot be under estimated.